To say that interviewing Ursula Nordstrom, Harper’s legendary publisher of cutting-edge books for children and teens, was a challenge would be a major understatement; more than a decade would pass before I realized that she had revealed the very essence of her editorial wizardry to me that day.

You can read the full article below, or through this link. Long before the chance to edit Dear Genius came my way, I spent a memorable, complicated day with Ursula Nordstrom in her sunny, Southbury, Connecticut apartment. I had just begun work on a book about Margaret Wise Brown, and Ursula had agreed to talk with me, a stranger half her age, about a favorite author and friend who had died young half a lifetime earlier.

The plan was for Ursula to meet my bus at the Danbury Mall. As I stepped nervously down onto the platform, I had just enough time to notice a scruffy, leather-clad teenager, his boombox blaring, when an older woman parted the crowd and, assuming her best poker-face, locked eyes with me as she whispered slyly in greeting: “Wanna dance?”

Over the next several years, Garth Williams, Clement Hurd, Leonard Weisgard, and others of Brown’s friends and colleagues told me their Ursula stories along with their stories about the author of Goodnight Moon. Invariably, they remarked on Ursula’s wonderful letters, and before long I was harboring the dream of editing a book-length collection of them. Such a book was unthinkable during her lifetime, however, as I soon came to understand: the storm-tossed love-child of self-absorbed vaudevillian parents, Ursula had studiously shunned the limelight, even burning the sequel to The Secret Language, her one published book, rather than see her name in print again.

But by 1994 the time had come to attend to her legacy, and one happy day I found myself being ushered into a small, windowless room in Harper’s offices with floor-to-ceiling filing cabinets and handed the keys. Over the next two years I read or skimmed the contents of all of the more than 100,000 letters archived there.

I read attentively, at first without a fixed plan, and allowed the letters to sort themselves into genres. Self-parody and self-deprecation were among the swiftest arrows in Ursula’s quiver; so too were sarcasm (when an author got too big for himself) and unalloyed praise (when an author felt discouraged). I realized I was watching the moves of a genius editor-as-psychologist! I recalled my long-ago visit to Southbury, when much to my chagrin Ursula had revealed precious little about Brown and in fact had tried to turn the tables by asking me a series of deeply personal questions. Now, reading file after file, I saw that she had questioned her authors and illustrators in much the same way, probing to draw out the emotional experiences that mattered most to them, the stories they most needed to tell.

I have never thought of Dear Genius as a work of nostalgia, the writings of a never-again-to-be-encountered dream-editor from an impossibly long-ago publishing past. Rather–apart from their immense entertainment value–I treasure Ursula’s letters as the encapsulation of perhaps the best thinking ever brought to bear in the making of real and lasting literature for the world’s most exquisitely open-hearted, inquisitive, and promising people.

In 2014, the publication of Dear Genius in China landed me on stage at the National Library in Beijing in front of an audience of over 300 publishers. After my presentation, the question-and-answer period lasted for more than three hours! Ever since then, Ursula’s letters have been studied by a new generation of Chinese editors and other book people who, after a century and more of convulsive political and economic change, now wish to give their children a better life by providing them with an imaginative literature equal to the best that the West has to offer. Ursula has become their mentor, as she has to readers of Dear Genius I have met from Mexico City to Paris. The influence of her strong, clear vision of “good books for bad children” has never been greater as it continues to spread around the world. 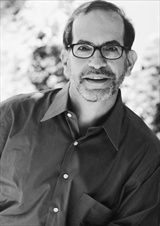 Leonard S. Marcus is a historian, biographer, and critic whose many books include Margaret Wise Brown: Awakened by the Moon; The Making of Goodnight Moon: A 50th Anniversary Retrospective; and Lifelines.

His articles, essays, and reviews have appeared in The New York Times Book Review, The Washington Post Book World, Smithsonian, The Horn Book, and other publications. He has been featured on ABC’s Good Morning America, NPR’s All Things Considered, and the CBC’s As It Happens.

Mr. Marcus is a graduate of Yale University and of the University of Iowa’s Graduate Writers Workshop in Poetry. He and his wife, the illustrator Amy Schwartz, live with their son, Jacob, in Brooklyn, New York.